Skip to content
Home » Interviews » Film Photographer Interviews » EMULSIVE interview #1: I am Emericus Durden and this is why I shoot film

I think you’ll find the format rather refreshing, if possibly a little strange. Trust me, you’ll get used to it.
I’m hoping that you’ll be inspired to put yourselves in the shoes and mindsets of our guests, and explore and expand your own photographic boundaries as a result.
To kick the series off, I had originally hoped to interview myself as part of a weird quasi-meta line of thought. After discussing things (at length) with myself, I decided it would probably be best for everyone that I actually interviewed a real person. Maybe I’ll post mine some other time.
So, with this in mind, I’m incredibly proud to present Emericus Durden, our first  honoured guest and a US East Coast based writer and film photographer.
Let’s jump in.

Hi Emericus, what’s this picture, then? 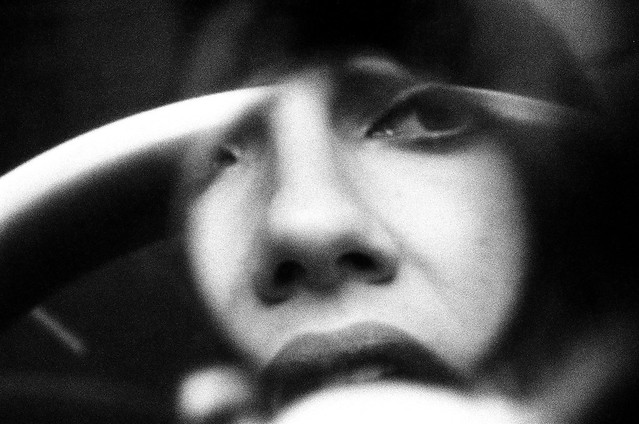 ED: I think this is an image, first, of mood and atmosphere and only second, of a person. It may or may not count as a portrait, perhaps not, since much of the subject’s face is obscured. Nonetheless, the image suits my tastes and, I believe, belongs in my portfolio because it communicates the feeling of the moment.
Film grain, depth of focus, composition, lighting, the subject’s expression – these all add up to an emotion more than anything else. That’s what I try to do in all my images: get a feeling across to the audience.

ED: I started shooting film seriously about fifteen years ago, right when digital was beginning to take off. At the moment I shoot only film. The last time I shot a digital frame on an SLR was probably 2010, believe it or not. So you for me, obviously ‘photography’ is synonymous with ‘film photography.’

What about now, why do you shoot film and what drives you to keep shooting?

ED: The main reason I shoot film is that I like how it looks. I associate the texture of film with feeling, emotion, and life much more than I do digital. A second reason I shoot film is that I like how it makes me value what I’m doing.
Compared to digital, shooting film costs more, takes more time and is generally less efficient. All of those qualities mean that I value my photography more than if I shoot digital. That’s my experience anyway, although surprisingly I’ve found other fine-art photographers who have similar views on the matter.
A sense of discovery is what keeps me shooting, knowing that on a given day, whether I’m inside or outside, on a street, in a park, in a bar, I cannot predict what I will find worthy of putting in the frame until I’m right there in the moment. 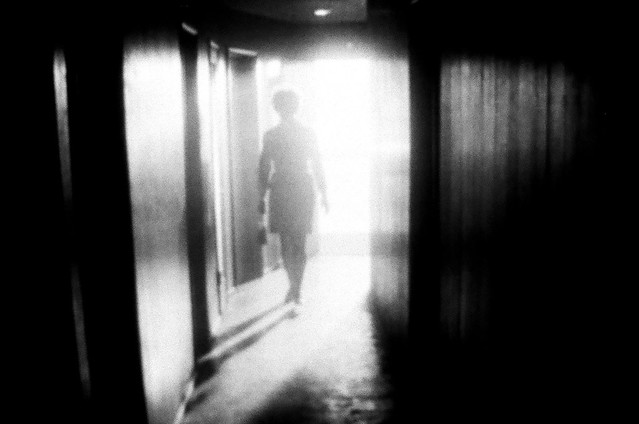 ED: My favorite subject matter is daily life as it happens around me. That means that people are often the focus of my photographs, typically people as they go about their lives, rather than people posed in a studio. Some of my stuff might be categorized as ‘street photography,’ but definitely not all of it.
I also like to shoot in indoor spaces. I like to shoot under low light and at night. I like to experiment with depth of field and blur. I like to enhance grain through enlargement. Regardless, all of these things I apply to images of everyday life – that’s where I find feeling and emotion, and I want to capture that. 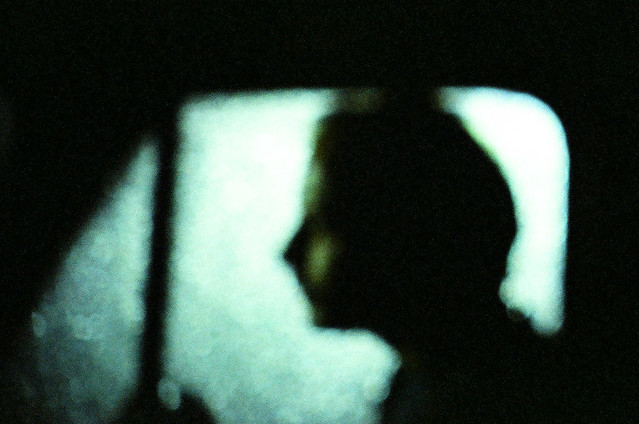 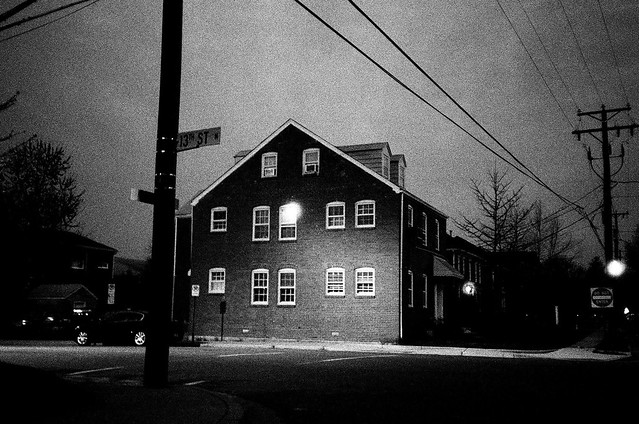 ED: I would probably use Ilford HP5+ because it performs so well, so predictably under such a wide variety of lighting conditions, and yet it almost always has a very appealing appearance. If that were my last roll of film, I would then at least feel confident that my last exposures would look good regardless of what lighting I was dealing with. 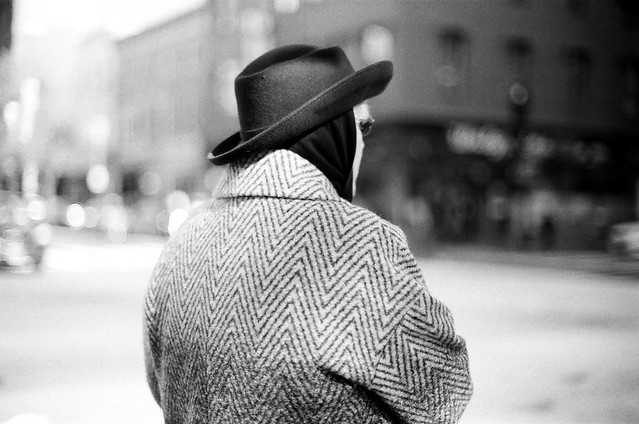 ED: I would take a Nikon F3 because I’m most comfortable with that camera body, a medium wide-angle 35 mm f1.4 lens because it has a depth of field and a frame coverage that suits many types of subject matter, one fast color film like Portra 800 and one fast black-and-white film like Ilford HP5+, because those two films can accurately render almost anything, people, animals, landscapes, architecture.

ED: Considering the type of photography I do, which is to say location photography, I would probably go to any large city in the world with a lot of activity, a lot of people, a lot of energy in public spaces, except New York City because that city has been shot to death over the past century. So maybe Paris, Moscow, San Francisco, Tokyo, Mexico City, Cairo, Istanbul. Or maybe even a smaller city like, say, Baltimore, Tijuana, Perth, Honolulu, Strasbourg, Saigon. I could thrive as a photographer in any of those places.

Finally, in your opinion, what’s the future of film photography?

ED: I think the future of film photography is probably not much different than what the future of painting was one-hundred years ago, when photography became the dominant means capturing visual imagery throughout the world. That’s all to say that film photography will continue to exist but as a much less utilitarian thing and a much more strictly creative tool. The cost and time requirements of film will force people to consider whether whatever it is they want to express really requires film or if it can be adequately addressed in digital.
I think this is a good state of affairs actually, as it means the nature of film itself will now be uppermost in people’s decision to use it. Photographers, audiences, curators, photo editors, designers will all learn to appreciate and value the various expressive ‘looks’ of fast and slow films, black-and-white and color films, much as they now appreciate the various looks of watercolor, oils, acrylics, pastels, for example.
There’s an incredibly rich future for film photography in the creative arts. I’m glad to be a part of that.

Thanks for a pretty interesting take, Emericus. A great way to start off the series! “Film as a creative speciality”…I think I’m going to have to steal that line for myself.
I hope that we’ll start seeing more of Emericus’ work in the public eye (much of his photography has been under a shroud of mist until recently).
You can find Emericus on Twitter as @EmericusDurden.
If that’s not enough for you, you can also find Emericus’s ongoing work on Flickr:
The Blur And Grain Series: view on Flickr
The Streets of Baltimore, Maryland: view on Flickr

Something of note is that Emericus also uses his images in the cover design of his fiction and non-fiction written work. You can head over to Amazon to find out more.